DatoCMS offers a thorough roles and permissions system that allows you to precisely specify what actions every team member can perform (i.e., “read-only permission on every content, except for articles which can be freely created/updated but not deleted nor published online”).

The access to content is managed separately and independently in each DatoCMS project: Jack can have full ownership of project A, but be just a proofreader in a project B.

Every DatoCMS project is automatically populated with the following roles, but you are free to create as many roles as you want, and assign them both to collaborators and API tokens:

For each role, you can specify what the user is allowed and not allowed to do.

Roles can grant/deny the ability to access and configure the project's administrative settings, including:

Roles specify access-level permissions to environments. You can allow users to access:

This setting is very useful because it allows you to pre-configure the content-level permissions (which records a user can create/update/delete/etc.) on sandbox environments without letting editors actually enter the environment and make changes until it gets promoted to primary.

In other words, the permission to access the environments takes precedence over the content-level permissions set inside a specific environment!

For each environment, you can specify different permissions on actions that can be performed on records. Rules can be additive or subtractive, and are defined by:

The most important aspect is that everything which is not explicitly allowed is denied. Here's an example: if you've granted a user the permission to edit some records, you also need to give them permissions to view them, or they won't be able to open the record and make the changes.

Even though it might feel counter-intuitive, this way of handling access rights helps to prevent unsolicited access: when you set up everything explicitly, there is no chance of accidentally giving someone access to something they shouldn't have.

The system allows specifying which locales each collaborator can add/edit/remove on any record. For each role you can define both global rules, which will be applied to all models in your project, and specific per-model rules, giving maximum flexibility:

If some of your models are under a Workflow, you can also define which actions are allowed depending on the specific stage a record is in. You can learn more in the appropriate section of the documentation.

When forking an environment, for each existing role, DatoCMS duplicates the content-level permissions you had on the original environment to the copy.

Together with the actions that you can perform on the records, similarly you can apply the following permissions on assets:

Putting everything together with an example

To better exemplify, let’s consider a project that:

This allows to safely test and experiment changes to permissions on the roles without affecting the work of your collaborators on the primary environment, and without giving them privileges to edit sandbox environments.

As your project grows and evolves, permissions on each role can become quite complex. To allow greater modularity, simplicity and clarity, you can organize your roles in hierarchies. In this way, users with greater rights automatically inherit all the permissions of roles lower in the hierarchy, without having to duplicate permissions assignments for multiple different roles.

You can configure the hierarchy using the “Inherits permissions from” field in the Edit role form:

Learn more about roles and permissions

Get a hands-on learning experience with our tutorial videos: 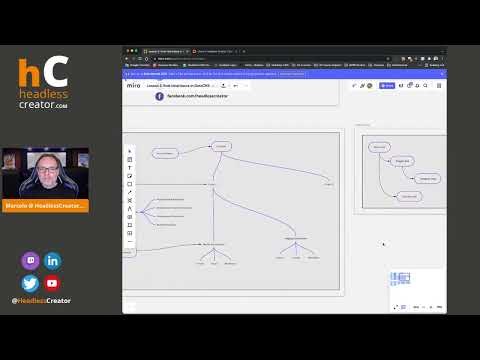 Using Roles for Content Governance
Play video »
Questions?
We're always happy to help with code or other questions you might have. Search our documentation, forum, contact support, or connect with our sales team. You can chat live with other developers in our Slack channel.